“The Nine say: Above all else, be good to one another.” – 10 Commands Of The Nine Divines

Gods and religions are something we’re all familiar with in our societies. Whether your atheist, agnostic or a believer it’s hard to ignore the impact of religion on history and culture. 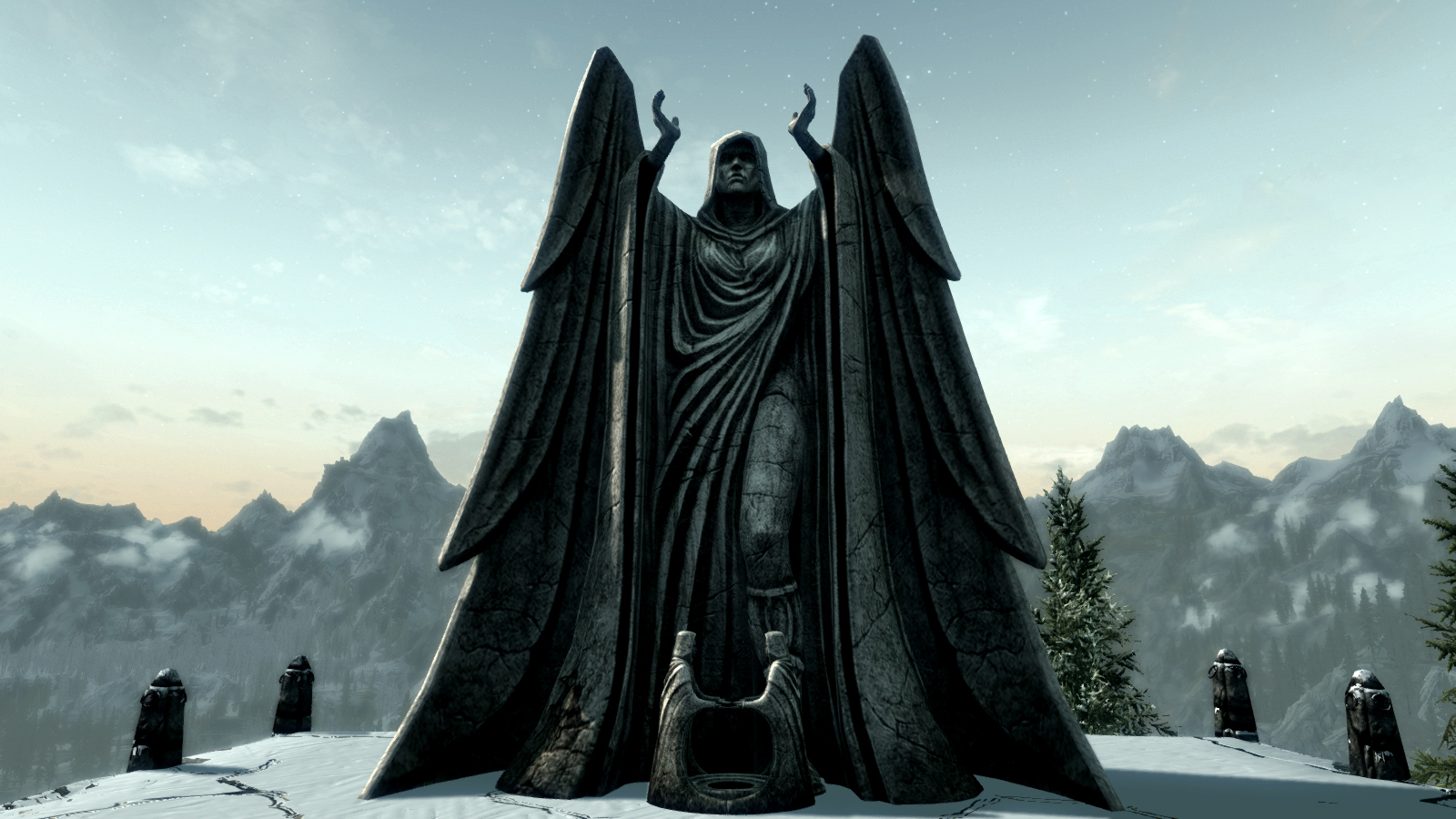 As is the way with random thoughts, the other day while down some rabbit hole on the lore of Tolkien’s world they mentioned his gods Eru Ilúvatar and the Valar. And this got me thinking, in fantasy and video games (unlike real life) the question of the existence of a god or gods is usually pretty black or white. Either they ‘exist’ or the don’t.

In fact in fantasy like The Elder Scrolls the gods (Aedra and Daedra) play an active role in the world influencing its affairs either directly or indirectly. Apart from being a cliché part of the fantasy genre these gods help provide an explanation for the order of things (much like religion did before the advent of science) in a fantastical and exciting way. They indulge our imagination and create and help explain away sometimes the predestined nature of these worlds and the prophesies and magic in them.

In worlds where the gods are real they provide a tool to explore some interesting concepts. How the tides of war could be swayed by their intervention or how the favour of the gods could make or break a nation.

It also allows for the exploration of what makes something a ‘god’ and what makes it good or evil to others. For example Talos in Elder Scrolls lore was the emperor of The Empire. He unified a continent and was a hero to men, on his death he became a god of man. However, the elves who saw his actions as barbaric and his invasions of their land as evil would disagree with his godhood. Without boring you with the details the games do point towards his goodhood but does magic and godly powers make him a god or is it the people’s beliefs?

Also through the powerful hero’s we often get to play we often get to challenge the gods themselves. Either battling to defeat or beat these powerful beings whether it’s as Senua taking the fight to the goddess Hella, as the champion taking on Mehrunes Dagon or even as Kratos taking on the Nordic gods.

So why do we include religions in our games? Well gods provide important roles in stories as quest givers and reasons for historical events and conflicts. They are something we can relate to and are familiar with boosting immersion. And like the stories, myths and legends of BC (before computers) games allow us to explore what defines a god, what it means to challenge one and what a world would be like if they truly actively influenced it on a daily basis.