Remember, remember the Fifth of November,

The Gunpowder Treason and Plot,

I know of no reason

Why the Gunpowder Treason

Should ever be forgot.

In 1605 Guy Fawkes stood in the basement of the House Of Lords, match in hand surrounded by crates of Gunpowder. Guy was part of a Catholic plot to blow up Parliament and the (Protestant) King. With his conspirators they rented the basement of the Houses of Parliament (in hindsight maybe renting the basement out was not the best idea) and went about their plot only for Guy to be caught red handed, arrested tortured and sentenced to be hung, drawn and quartered for treason. Under torture he revealed the names of his conspirators who were hunted down and killed.

And so on the 5th November since 1605 the people of the UK have celebrated the failure of the gunpowder plot. We light bonfires, light fireworks and we also create a human efforgy called a “Guy” named after Guy Fawkes who we burn on the fire (who says the English are posh and reserved?!) It may be an odd sort of celebration but what is curious is how through the ages Guy Fawkes has not been forgotten. His story is well known and romantacised notions of rebellion and anarchy have grown out of the old story, think V for Vendetta. And just like the real life equivalent rebels and revolutionaries in gaming have been written in a similarly fictionalised notion.

To blow up the King and Parli’ment.

Three-score barrels of powder below,

Revolution and Rebellion in gaming is a relatively common theme from the Storm cloaks of skyrim to Wolfenstein. Video games offer something other forms of media like books and TV don’t. Video games allow us to not just spectate but be involved in the revolution. It is an interesting angle to explore, often the protagonists we play are part of the revolution but stand out with special abilities/powers allowing us to be the hero in the story like the Dragonborn if you side with Ulfric for example.

Rarely do games make us question the side we are on but shape it so that we are the good guys overthrowing the evil side (Wolfenstein is a great example). This angle lets us feel more immersed and feel like we are impacting on the game world as we fight to overthrow the often evil government. We see ourselves as in the right and a force of good, an underdog fighting against the odds. Of course revolutions are not made this way, it takes a large group of people fighting for a common goal to be successful, you don’t see many one man revolutions.

By God’s providence he was catch’d,

With a dark lantern and burning match.

As a topic for gaming to explore revolution is one of the more fascinating and definately has space for development and exploration. Often video games do a really good job covering the violent side of revolutions but rarely the other elements like protest, activism and propaganda (on the side of the revolutionaries). Detroit Become Human is perhaps one of the first games to more fully immerse us in a revolution, from the beginning, middle and to the end of the android uprising. Revolutions allow for great moral choices for developers to explore, making the games question which side is in the right. What they are fighting for and how they want to shape the future. 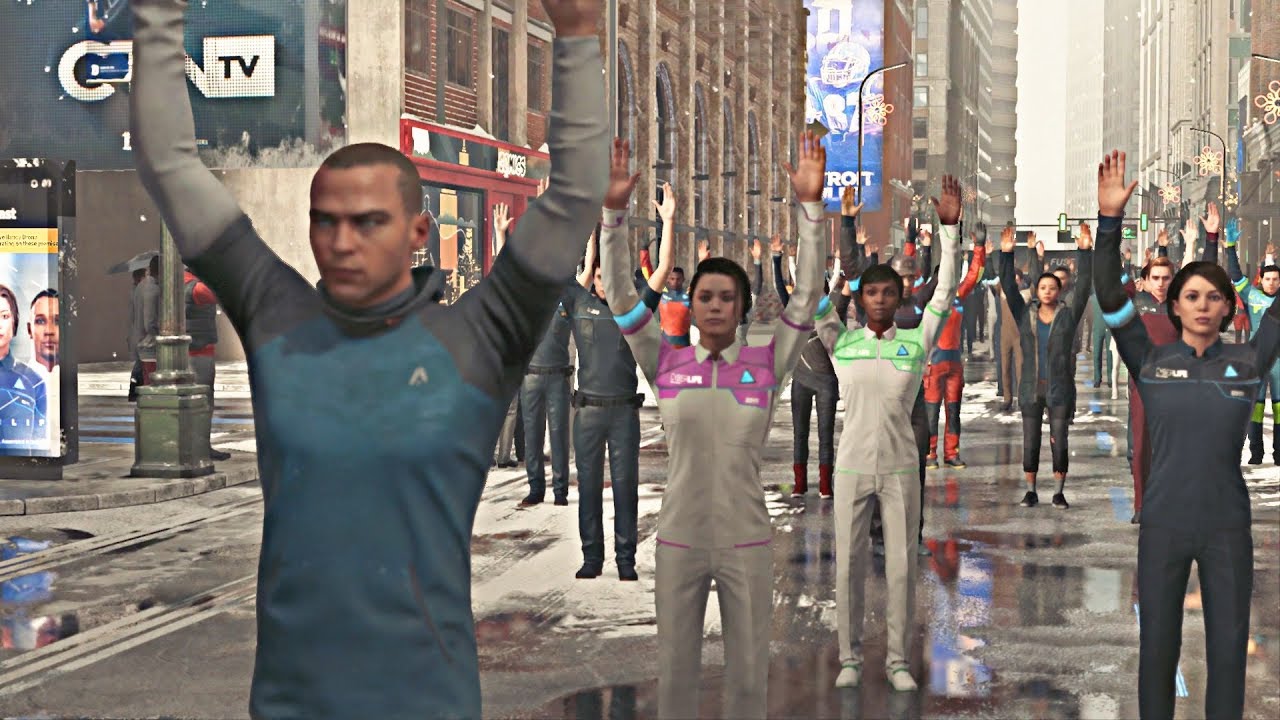 Just like with Guy Fawkes I think we have a habit of romanticising events as bloody and morally grey as revolutions. Rarely is it so black and white in reality, and often in gaming the tough decisions are subtlety are substituted for really obvious “bad guy” and “good guy” factions. As narrative becomes a stronger element of gaming we have seen a branching out into more complex and messy situations. Detroit being a perfect current example.

And what should we do with him? Burn him!

So on this bonfire night I want to know, which is your favourite revolutionary faction in gaming? Are you a Stormcloak or an Assassin or something else entirely?

If you enjoyed this post feel free to visit the Clan again, I post every Monday, Wednesday Friday and Sunday!